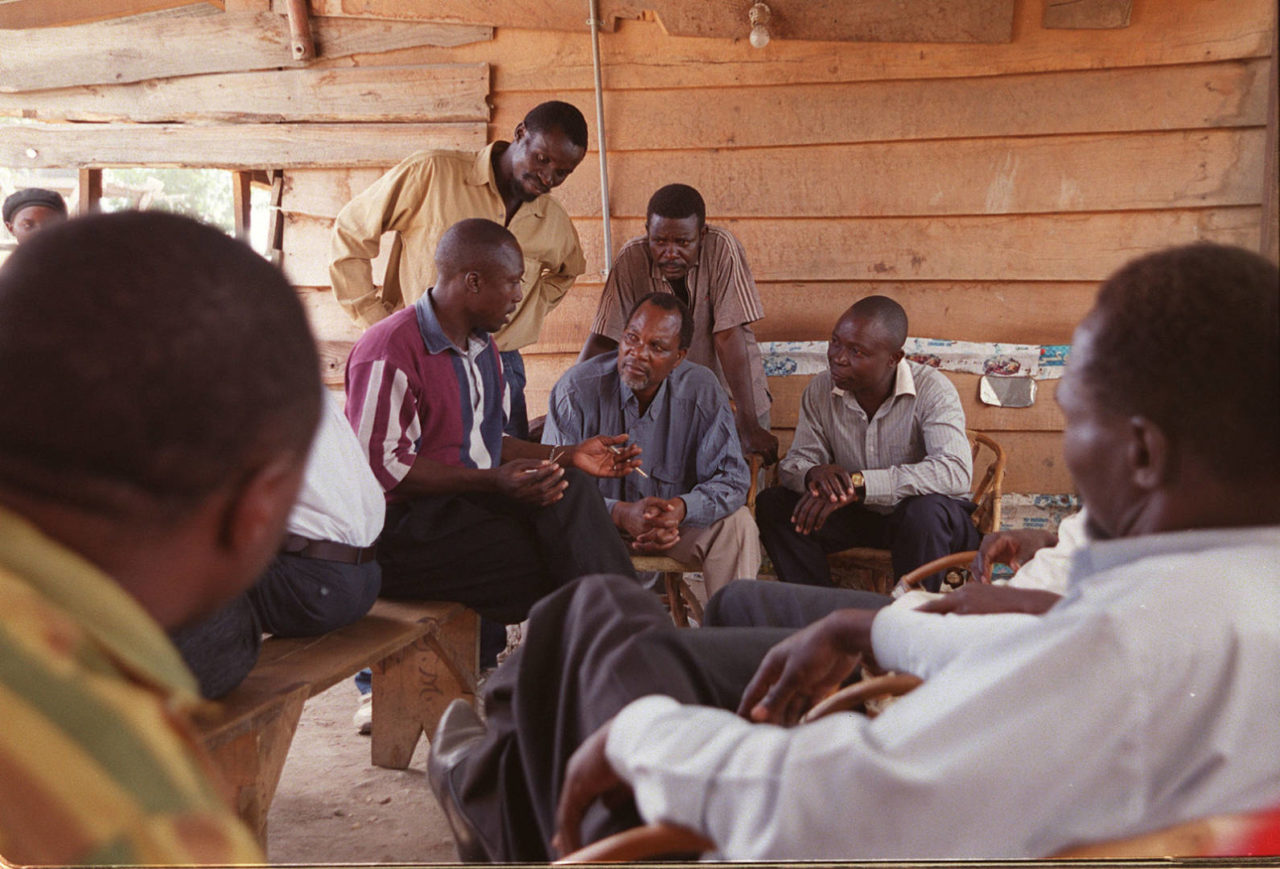 
In the case of a country with repeated surveys that fit these criteria, results from the most recent survey are reported. Our final sample includes data for 23 countries collected between and The DHS data reflect nationally representative samples of mostly reproductive aged women and men, with some variability in selected age ranges across the 23 countries.

In each country, households were randomly selected for participation and age-eligible men and women completed surveys and were offered HIV testing. Table 1 provides detailed information on age eligibility; in most countries, women aged 15—49 and men 15—59 were eligible. In eight surveys, all households participating in the DHS survey were selected for the HIV test, while in the remaining surveys a random sub-sample of households usually one-half or one-third were selected.

Details on sample collection and laboratory testing are available elsewhere [ 40 ].

We link the results from HIV testing with information on children, their families, and their households collected through the DHS household interviews. In five countries, information about parental survival status and residence is collected only for children through age 14, and for these countries, calculations related to orphan status are limited to children through age We adjust our analyses using DHS provided household sample weights.

Recent assessment of bias in non-response from two-stage and multi-stage estimates suggests that where non-response bias exists, it is in the direction of underestimating HIV prevalence [ 41 ]. Consequently, the estimates presented of the percentage of children living in households with infected adults based on the tested population are likely conservative estimates. Nonetheless, we also calculate a still lower bound estimate that expands the denominator to include all children in households that were selected for HIV testing, regardless of whether any adults in the household were present, eligible, or participated in the test.

The denominator for these calculations is limited to children living in households in which at least one adult 18 or older had a positive or negative HIV test result. 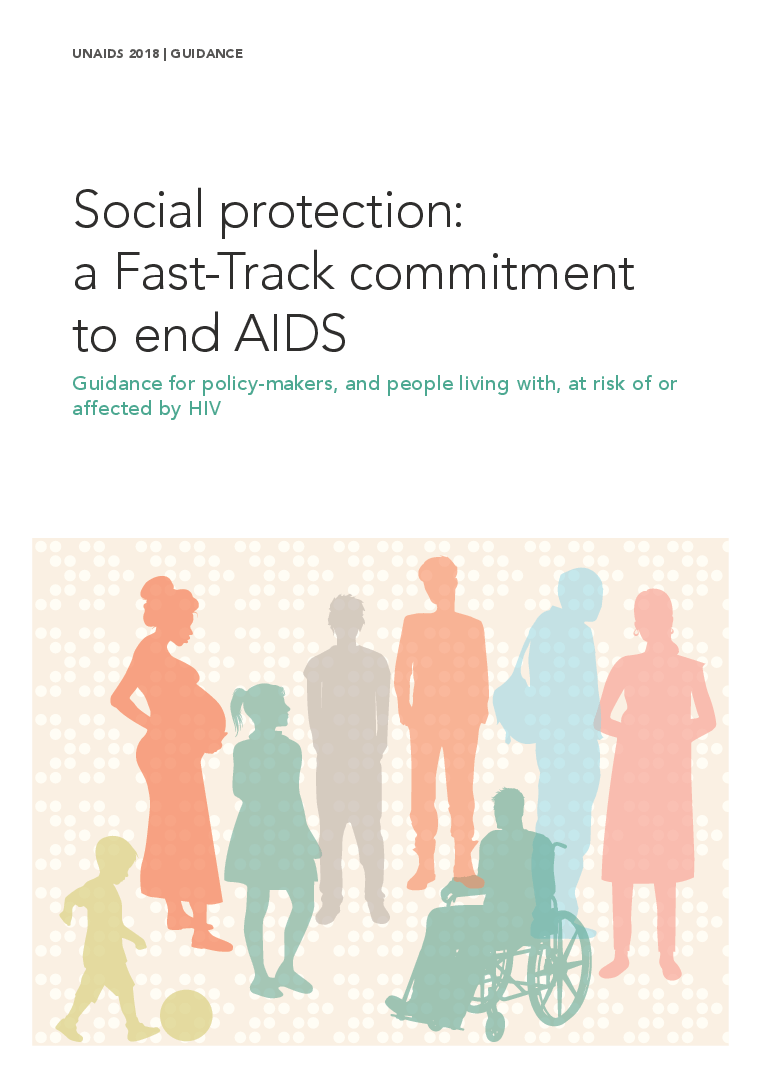 Orphan status is determined through responses to questions about parental survival status in DHS household questionnaires. Children who have lost at least one biological parent to death are coded as orphans. When parental status is unknown, children are coded as non-orphans. In analyses of kin connection, we limit the sample to children who live with at least one seropositive adult. We construct measures that indicate kin connection between each child and the seropositive adults with whom they share a household. We distinguish between mothers, fathers, and other adults, using information from the household schedule on survivorship and residence of biological mothers and fathers.

Children caring for parents with HIV and AIDS: Global Issues and Policy Responses

Children can live with more than one adult who has tested positive, and thus separate measures are coded to reflect each relationship. In analysis, we further describe co-residence with HIV-infected adults by summarizing with four mutually exclusive categories: mother but not father, father but not mother, mother and father, or neither mother nor father. In this analysis, co-residence with seropositive adults who are neither mothers nor fathers is possible in every category. Given sample limitations associated with testing, and patterns of non-testing, we emphasize that the estimates presented summarize kin connection only for the sample of children who live in a household with at least one adult with a valid test result, and take into account only tested adults in the household.

Other non-tested adults who are seropositive may well live with these children and would not be captured in these figures. As shown in Table 2 , the percentage of children ages 0—17 living with at least one HIV-infected adult is highest in southern Africa, mid-range in central and east Africa, and lowest in West Africa. Fig 1 plots the percentage of children living in a household with at least one HIV-infected adult against adult HIV prevalence for each country.

While only a small fraction of children live in households without an adult less than 1. Further, in some cases, both women and men are selected for interview and testing, but only one may be tested. In other cases, one or more adults in the household may fall out of the eligible age range for testing. In cases where one adult tests negative, non-tested adults could be positive. Accordingly, in the final two columns of Table 2 , we present a lower bound and upper bound estimate that takes into account the population not tested.

The lower bound estimate is the percentage of children living in a household with at least one HIV-infected adult, under the assumption that all non-tested adults are not infected. The lower bound calculations affect the estimates most in Southern Africa, where both HIV prevalence and the percentage of those not tested is high. In Table 3 we explore the degree to which the population of children living with HIV-infected adults is distinct from that of children who are orphans. Results indicate that most are not orphans.

Finally, Table 4 presents the extent to which children live with an HIV-infected mother, father, both, or neither, among the sample of children who live with at least one HIV-infected adult in their household. Nonetheless, these data provide a glimpse into the nature of relationships among tested adults and children as available in the DHS.

We suggest that children living in households with HIV-infected adults are distinct from other HIV-affected children, and call for an increase in targeted attention to their needs, at the same time emphasizing that their lives are enriched and enhanced because they share their households with these very same adults. Thus, the challenge and opportunity is to design effective family outreach that both affirms the family and supports healthy child development.

We observe that current efforts to develop and monitor the care cascade—which brings heightened attention to the sustained, effective treatment of HIV-infected individuals—brings needed resources that will support the health of HIV-infected individuals and their families. Indeed, family-based care has been recognized as critical to effective AIDS response, although targeted attention to the population of children living with HIV-infected adults is limited.

This outreach is focused on extending HIV testing and counseling, prevention, and ART services to partners and families; providing mothers with counseling and support related to infant feeding and infant care; and providing links to OVC social services. Fortunately, programs that provide support for vulnerable and AIDS-affected children exist. Further, they can be associated with positive outcomes in children. Many take the form of cash transfers to poor and vulnerable, often AIDS-affected, households, thus targeting a broad group of children and families in need [ 51 — 53 ].

A recent prospective study in Kenya suggested that orphans and vulnerable adolescents in cash transfer households reported better psychological health than those in non-cash transfer households [ 53 ]. New interventions are also experimenting with supplementing cash transfers with other forms of support. In Botswana, local support programs include caregiving support for HIV-affected families, and the need for such care has garnered significant attention and interest in expanding quality programming [ 55 ]. Together, these efforts, spread across numerous settings, suggest an increase in targeted interventions is likely, although the financial and logistical challenges to such programs are many [ 55 ].

We acknowledge several key limitations of this study. Second, our estimates are biased downward because the DHS limits testing to adults of reproductive age in most countries, excluding adults over the age of 50, some of whom are likely to be infected [ 43 ].

Substantial levels of non-response among adults eligible for testing render our results among households with adults tested still more conservative, for reasons explained above. In addition, in using cross-sectional data, we present a snapshot at one point in time. If appropriate cross-national data existed to allow us to estimate the percentage of children who ever lived in a household with an HIV-infected adult before age 18, it is likely that many more children would be affected.

Finally, we do not know whether the adults know their status or are ill as a result of HIV infection. Farm Orphan Support Trust of Zimbabwe, World Bank, September Brunel University, Also available in French.

Related Knowledge Base Chapters. Guidelines and Best Practices. They're so excited about the World Cup that when they chose pseudonyms for their stories to be reported in our research, half of them used football players' names," Cluver says. But when these children get home, "they wash blankets, feed younger siblings, rub the backs of people with tuberculosis, make sure their parents take their anti-retrovirals, miss school for hospital trips, and queue to get medication for their carers who are too sick to stand," Cluver reports.

More children will face this situation. In , 1. When I ask Cluver what she hopes to be the impact of her study, her response is passionate: "We don't hope — we'll make something happen: this study is science to serve policy.


They hold community meetings, and speak to schools, social workers and hospital staff about the issues the kids are raising, and how best to support them. We need to know if they're unable to access health services, or are catching illnesses like TB from people they're looking after.

Then, we need to know what can help them. Both the South African government and NGOs are eager for the findings, Cluver says, in order to adapt their policies to help these children. She is hopeful about the study's impact, but admits that in the meantime, the researchers feel powerless.